Last Friday the weekly swarm of Premier League fans helped kick off one of the hottest weeks of predictive power Unanimous has produced with its Swarm AI Technology. Those Friday EPL fans helped produce an 8-2 weekend record for last week’s matches. That led into an Oscar performance that saw a group of movie fans hit 15 of 16 Academy Awards predictions. The NHL and NBA swarms were no slouches either, producing 7-2 and 6-1 records respectively. In fact, one person took the swarm’s advice last week and turned it into a 1,000% profit. 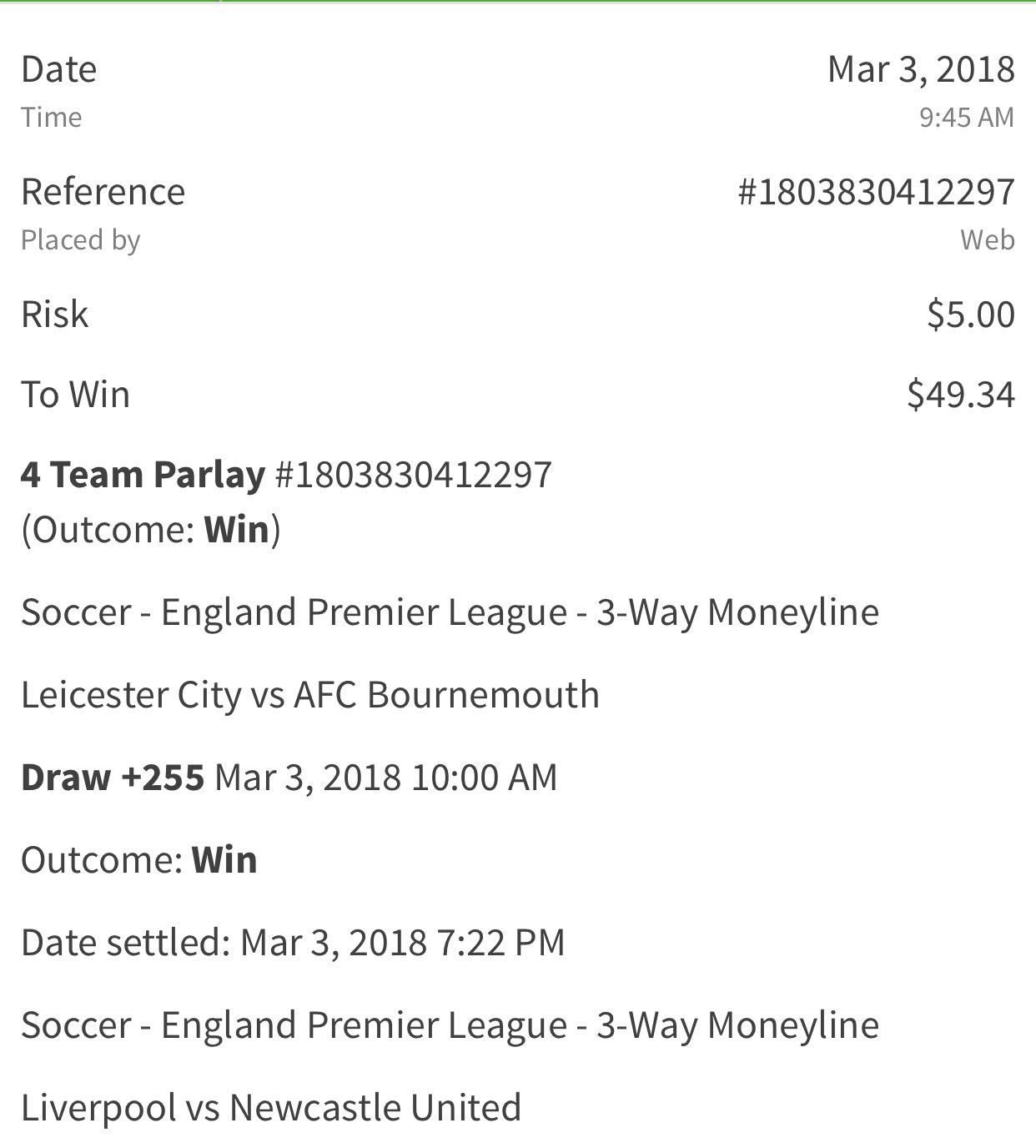 Can the EPL Swarm keep that momentum going? The group met earlier today to consider this weekend’s matches, and predicted a number of very close, difficult-to-call games on the horizon. Here are the calls they made. 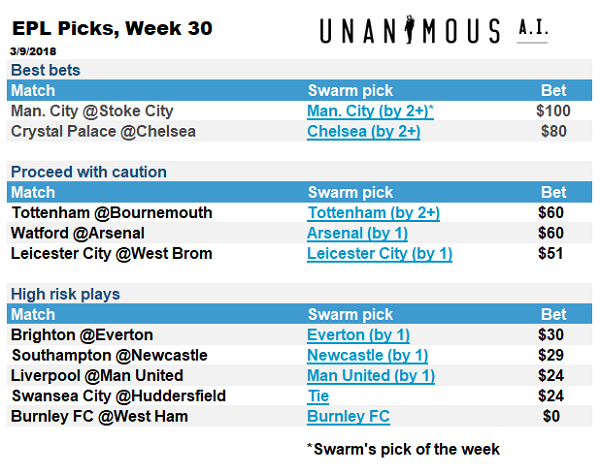 Manchester City return to their familiar position atop the chart as the swarm’s pick of the week in what appears to be a fairly easy match against Stoke. The other match the swarm has high confidence in for this weekend is Chelsea, who host Crystal Palace in a battle of London clubs on Saturday.

After a midseason run of good form, Crystal Palace have fallen on hard times due to injuries to key players throughout their typical starting team. Even with a healthy side, defending champions Chelsea would pose a formidable challenge here, and the swarm pounced on this game as one to have high confidence in.  The replay shows the swarm taking the puck to the strongest indicator of confidence, a two-goal victory prediction. Combine that with a high hypothetical bet and it’s clear the swarm thinks of this contest as a banker.