Although three matches remain to be played for Match Day 30 in the English Premier League, the weekly swarm of soccer fans convened by Unanimous AI researchers can already call Match Day 30 a rousing success. Through the first seven games of the weekend, the swarm’s record stands unblemished and sparkling at 7-0. That 100% accuracy is obviously even better than the remarkable 94% accuracy posted last weekend for the Oscars. 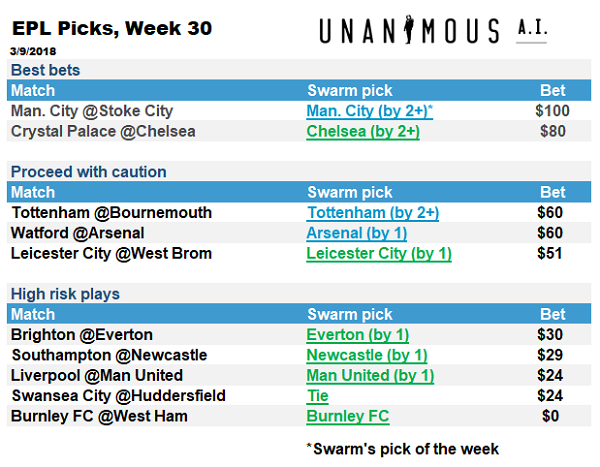 A look at the chart perhaps only hints at just how remarkably accurate the EPL Swarm has been this weekend. Of those seven correct predictions, six were for the matches with the tightest sports book odds. In other words, the swarm didn’t run up a perfect record on easy-to-predict gimmies today, but rather on the most closely matched games of the weekend. If you wagered on even a few swarm predictions this week, you’d be having a happy Saturday. 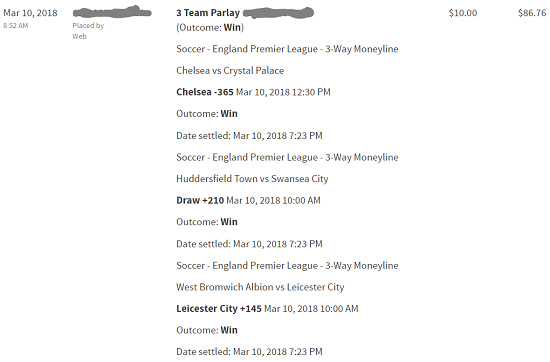 Of particular note is the swarm correctly predicting the only tied game of the week thus far. Draws are incredibly difficult to forecast, since there’s very little correlation between them and position in the standings. They also typically represent an unintended consequence for both teams; in most cases in even lopsided match-ups, both teams start things off trying to win outright.

With that said, this is the third consecutive week that the match the swarm predicted would end in a draw has indeed ended that way. Considering that just 27% of Premiership matches end as ties, that the group is able to single out those games is a tremendous achievement of swarm intelligence