A group claiming to represent online activist group, Anonymous, has vowed to release identifying information for 1,000 members of Ku Klux Klan on November 5th. Such cyber-vigilantism is a common tactic for the loosely organized hacker-collective, whose previous targets have included governments, the Church of Scientology,  and, in the wake of the shooting of Michael Brown, Ferguson’s City Hall.

Because of its decentralized nature and its in-your-face ideology, public opinion of this “digitized global brain” are mixed. Anonymous has been labeled everything from “terrorists” to “freedom fighters” and, according to Time Magazine, one of the 100 Most Influential People in the World.

Despite the varied response to Anonymous, one thing is clear from the video announcing Anonymous’ plans for the KKK – the group sees itself as fighting for freedom, justice, and humanity.  Anonymous believes they are standing up for the public at large, representing everyone, everywhere.

So, what does the public think of Anonymous?  We could take poll, but that would reveal the obvious – people have mixed emotions.  Worse, the polls will polarize the public, driving entrenched views that don’t represent what we all really think.  If only we could give society a unified voice…

That’s where SWARM INTELLIGENCE comes in.  Developed by Silicon Valley’s Unanimous A.I., human swarming allows groups of network users to come together online as a real-time dynamic system, using closed-loop feedback control to let them think as one.  As a real-time swarm, diverse groups quickly converge on unified views and opinions that combines the diverse knowledge, emotions, and intuition of all members.

If anything can speak for humanity… a Swarm Intelligence can.

So, what would happen if UNANIMOUS formed a human swarm and asked it about ANONYMOUS?  Said another way, what would happen if a digitized global brain comprised of regular people (i.e. a Swarm Intelligence) was asked to ponder the ethics of a digitized global brain comprised of outlaw hackers (i.e. Anonymous)?   Would the swarm, thinking as one, see Anonymous as a lynch mob, or as freedom fighter battling on their behalf?

To find out, we gathered 60 random people from across the United States who viewed the KKK press release video. Using UNU, the online swarming platform from Unanimous, the group would think together in real time, revealing their collective sentiment in a way no poll ever could.

The results are fascinating…

First, we asked the Swarm Intelligence if it believed Anonymous was “good or bad” for society.  A replay of the swarm as it formulates its answer is shown in the quick video below. Each magnet you see is one person expressing their input by pulling the puck toward a choice, adapting in real time as part of a global feedback-loop. It’s a virtual negotiation that takes just seconds, yet finds an optimized response:

And then we asked the swarm if Anonymous was acting on behalf of the “common good.”  After all, who better to reflect on whether a group is supporting their collective interests than a real-time Collective Intelligence, thinking as one?

And finally, we need to ask – Terrorist or Activist?  After all, that’s the core question that the mainstream media seems most interested in debating.  It’s also an issue that many people have mixed feeling about.  And yet the Swarm Intelligence inside UNU expressed its answer with a high level of conviction.

What can we learn about Anonymous from these results? First, we must ponder the core question – did the Swarm Intelligence, speaking on behalf of regular people, view Anonymous the way the hacker collective views itself – as activists fighting on behalf of society? Although there was some mild reservations expressed, overall the swarm did view Anonymous as a positive force that’s fighting for the common good as activists.   That said, the swarm was reluctant to give them carte blanche and was certain that they should not be given awards for their particular brand of activism.

Of course, this is a fluid situation.  We plan on fielding larger and larger swarms inside the UNU platform, asking for more collective insights as this situation unfolds.  Anyone who wants to take part in those swarms can become a beta-tester by signing up for a free and yes – anonymous – login. 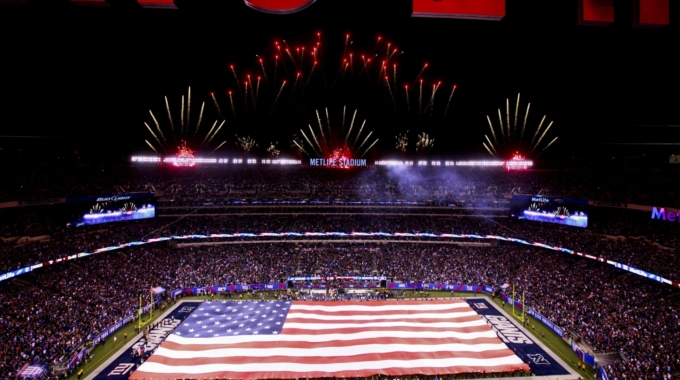