Swarming the NHL: AI Picks for the Stanley Cup Playoffs

Every week, researchers at Unanimous AI gather a swarm of NHL fans and enthusiasts to forecast the latest matchups. The NHL Swarm uses a new technology called Swarm AI to combine their wisdom, intuition, and experience into an optimized forecast that often outperforms even the best experts on record. You can see the NHL Swarm’s latest forecast below, or see a long-term study of its results HERE.

For the Stanley Cup playoffs, Unanimous AI put together two smaller groups from our regular poll of NHL Swarm participants, a community who collectively picked games at an almost 70% success rate from January 1st to the end of the season inside the Swarm platform. The groups were both asked the same set of questions, first creating a ranked order of likelihood in each conference to make the Stanley Cup finals.

With those picks in hand, the Swarm AI system then predicted which of their three highest-ranked teams in each conference would be the one to hoist Lord Stanley’s Cup at the end of the postseason tournament. The Unanimous AI research team then combined the results of both groups into scaled ranking graphs. 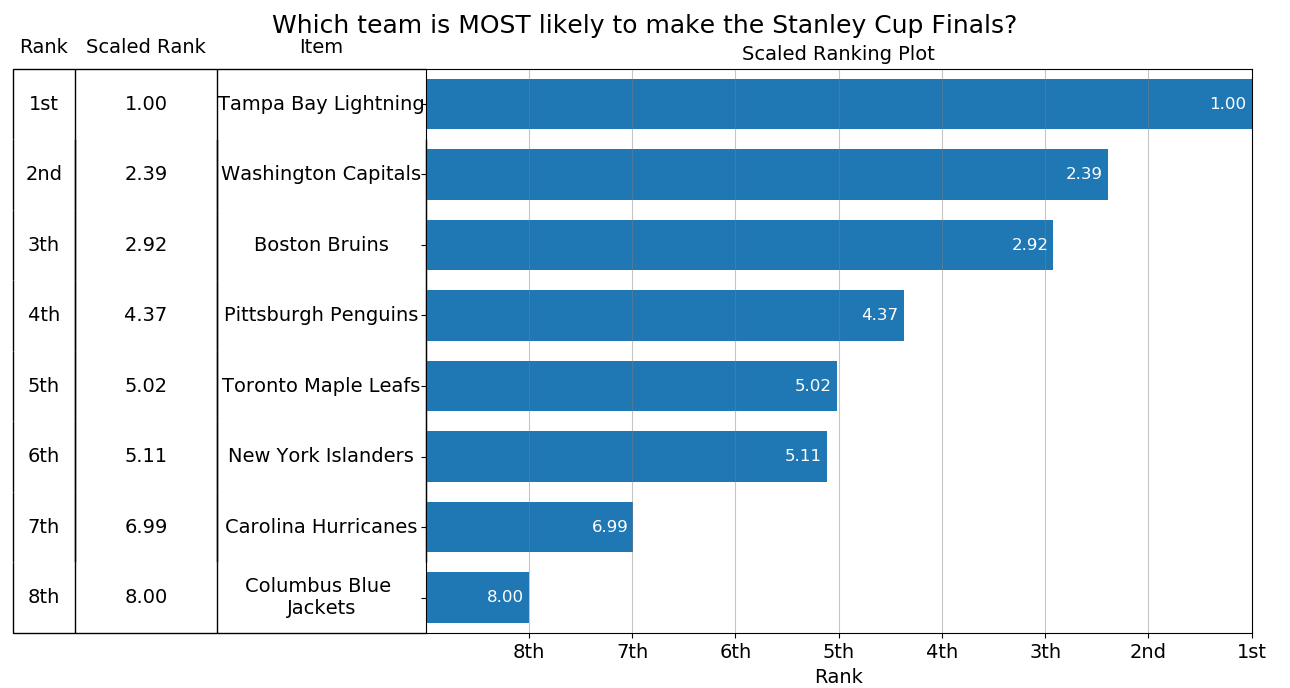 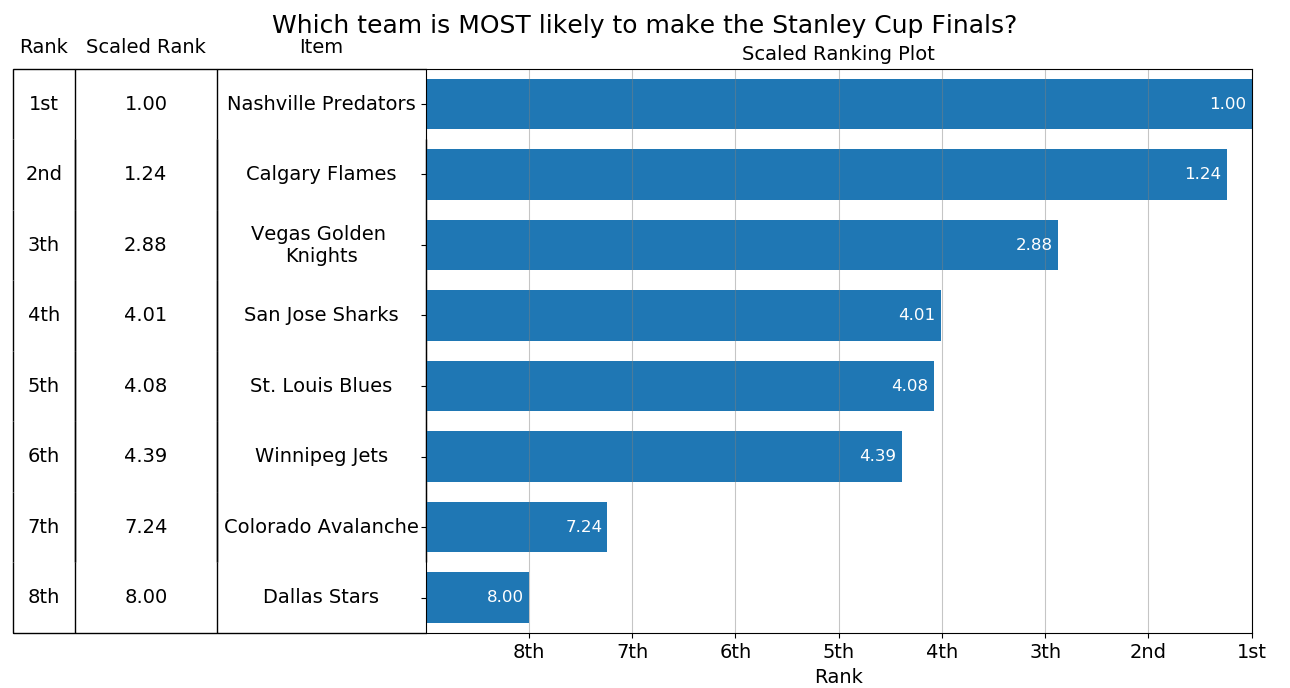 We’ll be holding weekly NHL swarms and paying cash prizes to the highest performing members of the Swarm! Want to join the Swarm or see the picks? Click the button below…

Want to learn more about the Swarm platform? Check out our TED talk…